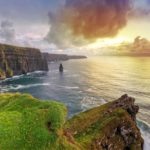 The First of our Natural wonders. The Cliffs of Moher are Situated on the West Coast of Ireland in County Clare. They rise vertically from the Atlantic ocean to a height of 214 meters and stretch for a distance of 8 kilometers. Code Naste Traveler ranked the views from the Cliffs as the best cliff-view on the planet.

The Second of our Natural wonders. The Giants Causeway is situated in Antrim. This natural landscape was formed 60 million years ago as a result of intense volcanic activity. It is comprised of 40,000 interlocking bassalt columns. This is a Unesco world heritage site and is a must for anyone visiting Ireland. 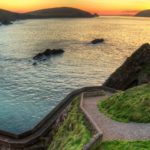 The third of our Natural wonders. The Ring of Kerry is situated in the South West of Ireland. It is considered by many to be the most scenic area in Ireland. There is Sea ravaged coastline, sandy beaches mountains and valleys along this route. There is literally a fantastic view around every corner. 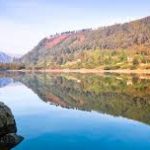 The Fourth of our Natural wonders. Wicklow is sometimes called the garden of Ireland and entails some very contrasting Terrains. There is the beautiful Green pastures lakes and valleys, one of the best examples and most beautiful areas is Glendalough which is home to the ruins of Saint Kevin’s monastery. Then there are the Barron hill tops covered mostly with blanket bog. These areas are awash with the colour, Yellow of the gorse bushes in the Summer and the purple hue of the Heather in the Autumn. The Black bog lakes are a wonderful contrast to the barren landscape. A journey into the Wicklow mountains are not to be missed. 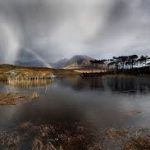 The Fifth of our Natural wonders. Connemara gives stiff competition to the ring of Kerry as Ireland’s most beautiful area. The unspoiled landscape of lakes Mountains and home to Ireland’s only Fjord make this a stunning location. The lakes of Connemara are famed for their beauty with a backdrop of the Maum Turk mountains and the Twelve pins. Connemara is one of only two places in Ireland where sheep have the right of way over cars on the road! 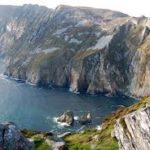 The sixth of our Natural wonders. The Slieve League sea cliffs are situated on the North West coast of Ireland in county Donegal. The Cliffs are the highest sea cliffs in Europe towering to a height of 600 meters (almost 3 times higher than its more famous sister the Cliffs of Moher). To fully enjoy this spectacle it is advised to do the Cliff walk. Views of the Atlantic Ocean, the Sligo mountains and Donegal bay stretch in front of you. You can continue hiking onto one man’s pass and loop around onto the pilgrims path. 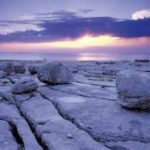 The Seventh of our Natural wonders. The Burren is a unique landscape in County Clare Ireland and means the fertile rock. It is a Karst landscape which seems totally barren but on closer examination of the clints and grikes you will discover a diverse variety of flora with a mixture of arctic mediterranean and alpine plants. Three quarters of Ireland’s variety of flowers are found in the Burren.