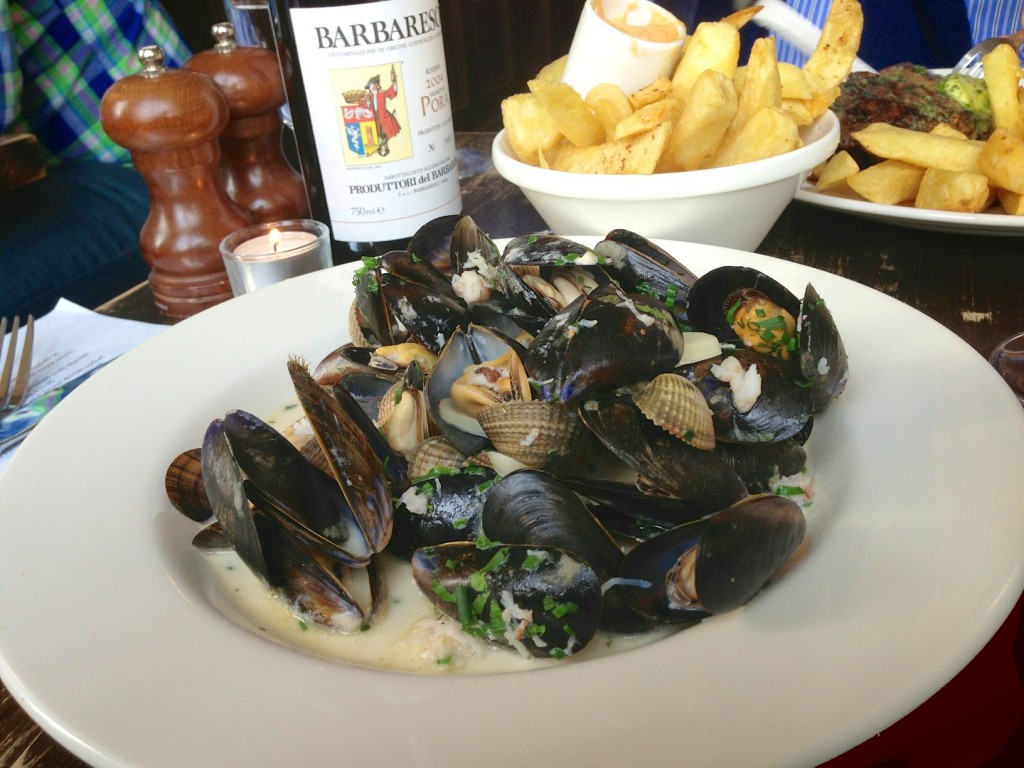 While Ireland hasn’t traditionally had quite the same reputation for cuisine as some other European nations, that’s beginning to change. Thanks to the country’s lush green pastures, its beef and lamb are widely regarded as the best produced anywhere in the world, and the Irish chefs of today are doing exciting things with simple native ingredients. Here are ten traditional dishes you need to try, along with where you can find them.

The Full Irish breakfast is a noble tradition, and as with all traditions, there are certain ceremonial expectations. An Irish Breakfast consists of Bacon, Sausages, Baked Beans, Fried Egg, Mushrooms, Black and White Pudding, Toast and Tea!

Traditional Irish stew comes in many forms, but the most widely used recipes usually revolve around lamb, potatoes and onions as the central ingredients. This dish dates back many centuries, and before lamb became common, mutton or kid goat would have been used. Especially popular during winter months, warming Irish stew is comfort food at its very best. Herbs like thyme and rosemary make it even tastier. Try it at one of Killarney’s Finest Pubs, Murphy’s of Killarney

The West of Ireland has the country’s best oysters, and those harvested in Clarinbridge, County Galway are known the world over for their superior taste. Lovers of seafood should definitely try to make it to the Galway International Oyster and Seafood Festival at least once, where they can watch the Irish and World Oyster Opening – or ‘shucking’ – Championships, and taste some of the finest shellfish to be found in the Atlantic.

The Irish love their bread, and soda bread recipes have been passed from parent to child for generations. Soda bread is a form of quick bread, meaning it is leavened with something other than yeast, in this case baking soda. The other ingredients are flour, buttermilk and salt, and it comes in both brown and white varieties. Many who make it put their own twist on the recipe, adding extras, but one of the best recipes to follow is the simple but wonderful one from Ballymaloe House.

You don’t have to travel to the Wild Atlantic Way to taste great seafood. Made famous in the song ‘Molly Malone‘, the quintessential Dublin dish of cockles – small saltwater clams – and mussels can be found at The Winding Stair restaurant next to the Ha’penny Bridge in the heart of the city. Their menu boasts steamed cockles and Roaring Bay mussels from County Cork with Clogherhead crab, brown shrimp mayo toast and chips.

Barm brack is a sweet type of bread made with sultanas and raisins and served with tea. This dessert is especially popular around Halloween when objects used to be added to the dough to make a kind of festive fortune-teller game. Brack can be found in many cafés, but if you’re feeling brave, you can try and make it yourself, following celebrity chef and Youtube star Donal Skehan’s recipe.

Colcannon is a mixture of mashed potatoes, cabbage or kale, milk, butter, salt and pepper. Generally served as a side with boiled ham, it has inspired a nostalgic song of the same name. Oddly, this is another dish with a strong tie to Halloween when people used to, again, hide a ring and other surprises inside it.

A boxty is a type of pancake made of finely grated fried potatoes. The best place to try this native Country Leitrim staple is at Bricin Restaurant and Boxty House,  Killarney. The traditional Irish potato pancake cooked on the griddle with a choice of fillings and served with mixed salad. (Chicken Fillet and Vegetables in a creamy tarragon scented sauce, Lamb & vegetable, marinated and curried or Ratatouille)

Coddle is made up of leftover items from other meals like sausages, bacon, onions and potatoes. Made by simmering stock and steaming the ingredients inside, this dinner is a favourite of Dubliners and even has literary connections. The true mark of a Dublin tradition, it appears in works by James Joyce. O’Neill’s Pubis so well known for its coddle they even have the recipe on their website.

Shepherd’s pie is the perfect simple dinner that’s sure to put a smile on the face of any Irish person in your life.
Shepherd’s pie is believed to have existed since around 1791, when potatoes became an available, affordable crop to the poor. This dish was a perfect way to stretch leftover roasted meat. Originally, the pie was lined with mashed potato in addition to having a mashed potato crust. The term Shepherd’s pie came into use, alongside cottage pie, from around 1870. 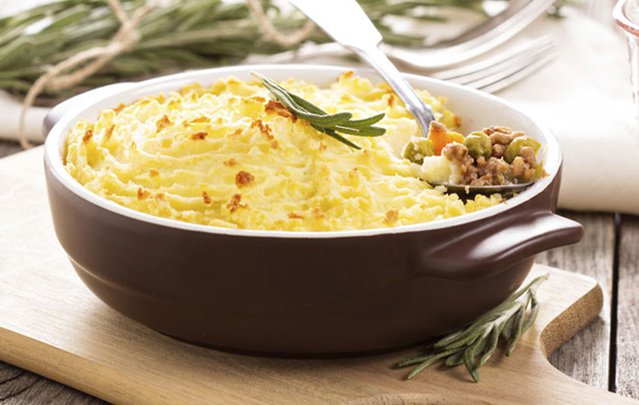