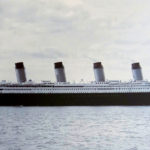 Ok, you booked your flights and accommodation but how much do you really know about Ireland? Here are a few facts that we did not make up (I swear!!)

Contrary to popular belief, and despite being the Patron Saint of Ireland, St. Patrick was not actually from Ireland. Born in Wales around 386 AD, he was in fact captured by the Irish and sold into slavery. Later in life, he returned to Ireland as a missionary, helping to spread Christianity in Ireland.

2. There were never any snakes in Ireland

While many old wines will tell the tale of St. Patrick banishing snakes from Ireland, the truth is that there have never been wild snakes on the island of Ireland. Being an island helped greatly with this, since the snakes inhabiting Britain were never able to make it across the water!

3. English is not the first language of Ireland

English is indeed widely spoken across Ireland, with most people claiming it as their first language. However, Irish is the official first language of Ireland and can be seen on all official government documents as well public transport, signs and public buildings. Despite Irish being taught as a subject in schools across Ireland from the age of 5 until 18, a lot of people still struggle to hold a simple conversation as gaelige

4. Wild Atlantic Way is the longest coastal driving route in the world

The Wild Atlantic Way, a stunning drive that stretches all the way from the cliffs around County Donegal in the far north of Ireland all the way down to the beaches of County Cork, is the ‘longest defined coastal driving route in the world’. The 2,500 km route passes through nine counties and three provinces, can you name them all?

5. The shamrock is not the national symbol of Ireland

The shamrock is recognized around the world as a symbol of Ireland and all things Irish but the harp is actually the official National Symbol of Ireland. You can see the real harp on which the symbol is based in the Trinity College library, which dates back to the fifteenth century.

6. The Irish flag was inspired by the French

The Irish tricolour of green, white and orange represents both Ireland’s history and its independence. The green represents the the Gaelic tradition of Ireland, the Orange represents the followers of William of Orange and the white represents the aspirations for peace between the two. The flag was raised high above Dublin’s GPO and recognised as the Irish flag after the 1916 rising.

7. Wet summers are no myth

They say “it’s always raining in Ireland”, and the sad reality is that they’re not wrong. While we Irish love to think that we bask in the sun for hours on end during the summer, but the reality is pretty grim. We have one of the wettest climates in Europe: in the summer of 2007, for example, it rained in Ireland for 40 days straight.

Halloween as we know it today actually originates from the ancient Celtic festival of Samhain, when the people would light bonfires and wear scary costumes to ward off unwelcome spirits. Samhain is an old Gaelic word which translates to ‘darker half’, thus marking the beginning of winter.

9. Being drunk in public is against the law

Despite what many tourists believe about the Irish, drinking in public is actually illegal across Ireland. The only day of the year when this law is slightly bent is on St. Patrick’s Day when there simply aren’t enough police officers to monitor the one million plus tourists on the streets of Dublin. It is also illegal to be drunk in a pub…but that’s a law that’s rarely enforced!

While Guinness will always be Ireland’s most famous drink, more of the black stuff is consumed each year in Nigeria than it is back home in Ireland. In fact, the British are the largest consumers of Guinness, followed by Nigerians, leaving Ireland in third place!

11. Ireland was the Titanic’s last port of call

The Titanic was built by 15,000 Irishmen in Belfast, Northern Ireland. While the ship officially left for America from Northampton in England, it’s last port of call was in Cobh, County Cork. Here you will find statues in memory of those who died and a small Titanic Museum on what was once the old railway station.

12. More Irish live outside of Ireland than in

The population of Ireland currently sits at around 4.5 million people, which is still almost 4 million less the population before the Great Irish Famine of 1845-1852. However, almost 80 million people around the world have Irish passports. Up to half the entire population of Australia claim Irish ancestry, while just over 39 million Americans believe they are part Irish.